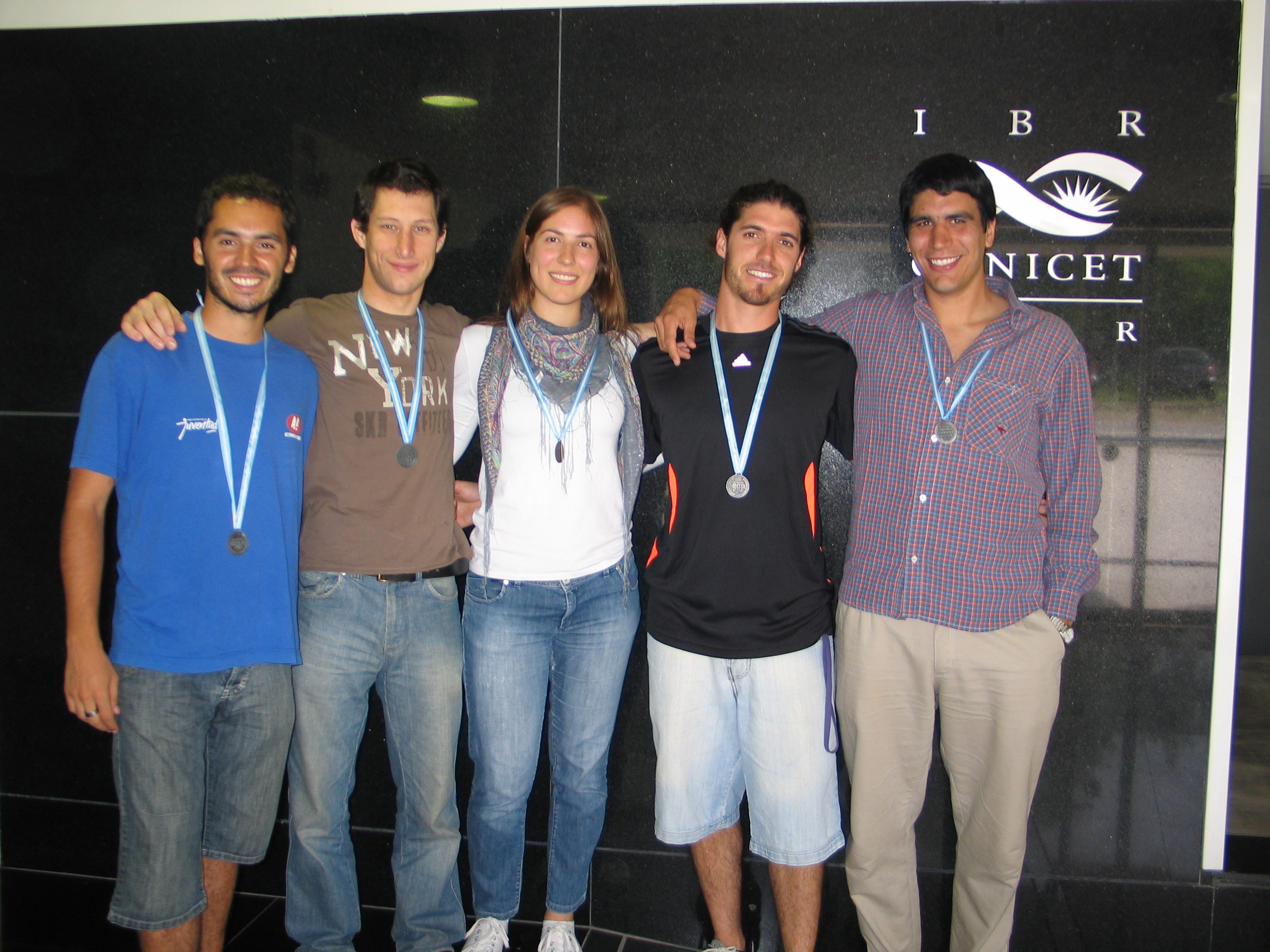 With the participation of 800 visitors from around the country, the initiative created in 2008 in Santa Fe CONICET Since then reissued , this social and sporting event brings so increasing technical , professional, administrative , scholars , and researchers.

It was highlighted the participation of the 5 representatives of the Institute , including Parcerisa Ivana, only female exponent, who won the most medals. Won two silver medals in the swimming relay style 4 x 25 meter free relay female and 4 x 25 meters 4 styles mixed and reached a bronze in breaststroke, 50 meters.

On the male side, Matías Cabruja, Comba and Bernardo Santiago Bazet Lyonnet, won a silver medal in Futbol 7 for the second consecutive year. According to Matias, “the experience is good to meet people from CONICET Rosario, from other areas, that were it not for these events we never would cross , even within the school, I think it is important to interact with us outside academia where different links are created,” adding, “there are in all the major disciplines of category 40, so no excuses. ”

To Viarengo Gaston was the first participation , and while there won medals returned happy shared experience and says , ” It would be good to give more coverage and more people join , the researchers also; a very good group we actually still collecting ” ensued.

The initiative aims to build camaraderie , strengthen links between workers from different provinces CONICET , encouraging physical activities to improve the quality of life and generate a public fact that contributes to the opening of the institution to society .

CONICET Olympic Committee hopes that this healthy activity, with five years of experience, a marked success and a growing number of participants continues to grow over time, adding talent and increasing ties in such a wide institution like the CONICET. The event for 2014 will be in Bahia Blanca.