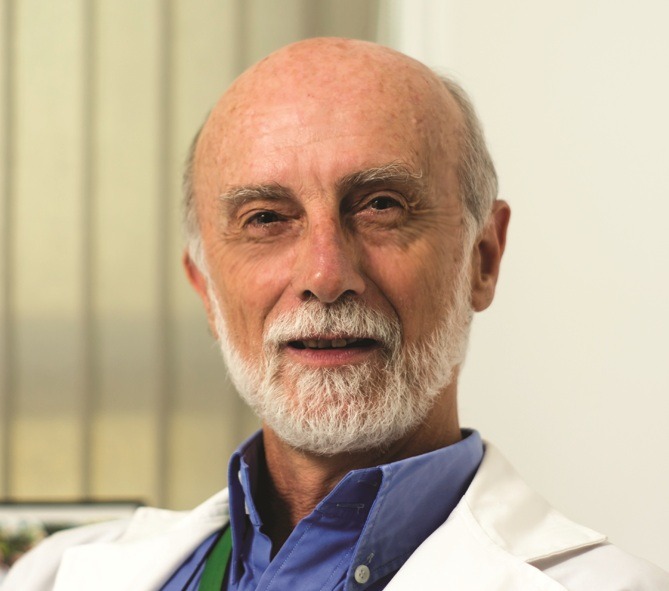 It is the highest distinction awarded in the area, for their work in obtaining transgenic plants with high tolerance to environmental stresses .

In his 34th edition, and after having delivered on 17 September, Konex Awards – Diplomas of Merit to 100 leading figures of Science and Technology Argentinas , the Grand Jury , chosen in each one of the 20 quintets winning personality that showed the most significant path of the last decade (2003-2012 ).

Néstor Carrillo is Senior Researcher of CONICET and Professor in the Molecular Biology area in the Faculty of Biochemical and Pharmaceutical Sciences at UNR . He completed a PhD in Biochemistry at the same faculty and postdoctoral studies in Germany and the United States.

In 1987 Carrillo returned to the country from Harvard University , he completed his post-doctorate and joined the faculty to work with Diego de Mendoza. With him and another group of young researchers , kicked off what is now the IBR. During that time , Carrillo was one of the mentors of the first degree in Biotechnology in the country, UNR , having been the first Director of the race.

“Since Dr. Carrillo returned from Harvard , and had the idea to start working with transgenic plants”, said Dr. Adriana Krapp, a close collaborator of the recipient and adds, ” do my PhD with him was very rewarding. Work alongside those who have that genuine vocation did everything easier, the experiments did when he used the pipette out all right!”

In 1999 he participated in the discovery of the mechanism of electron transfer in an important class of redox enzymes . During the last decade the original strategy designed to create widespread tolerance of plants to environmental stresses , which , besides its biotechnological interest , allowed discovering fundamental biological mechanisms involved in stress tolerance . This earned obtaining important patents.

He is currently Chief of the Laboratory of Stress in Plants , Institute of Molecular and Cellular Biology of Rosario ( IBR) . He was Deputy Director of IBR , President of the Argentina Society of Biochemistry Research ( SAIB ) and received the prestigious Guggenheim Fellowship . Author of over 100 publications in Molecular Biology, Biochemistry , Biotechnology and Epistemology .

His colleagues, while highlighting his career and scientific accomplishments, value their human qualities and his passion for knowledge .

The Closing Ceremony of Konex Awards took place on Tuesday 12 November at the National Academy of Medicine .
Néstor Carrillo Laboratory