Our research group focuses on theanalysisof mechanisms that govern bacterial virulence. Our aim is to elucidate gene expression regulatory networks and the mechanism of action of virulence factors that determine the infective process.

The emergence of multi-resistant pathogenic bacteria threatensthe success in the treatment of most infectious illnesses, turning ineffective the antibiotic drugs currently administered. This makes urgent the development of new antibacterial agents directed against alternative bacterial targets.  Our laboratory group is dedicated to identify novel compounds that interfere with bacterial pathogenic processes with the final aim of developing anti-virulence drugs that can be used as antimicrobials for therapeutic use.

From the early beginning, our team was dedicated to the analysis of the two-component family of regulatory systems, and focused on the Salmonella typhimuriumPhoP/PhoQ-dependent signal transduction regulatory cascade. This signal transduction system controls the expression of more than 60 genes involved in magnesium homeostasis, resistance to antimicrobial peptides, non-phagocytic cells invasion and survival along the infective cycle within the host. By using biochemical, genetic and molecular biology approaches, we have defined essential aspects of the PhoP/PhoQ-dependent transduction mechanism: signals detection, PhoP/PhoQ specific recognition, phosphotransfer reactions and dynamic cytolocalization of the components of the system. In parallel, we have determined the identity and expression mechanisms of PhoP/PhoQ-dependent genes. With this knowledge, and taking into account that two-component systems are ubiquitous in bacteria but absent in mammalian cells, our group focuses in the identification of new compounds that are able to modulate the PhoP/PhoQ system , with potential pharmacological use.

S. marcescens is an etiological agent of urinary tract and respiratory infections, endocarditis, osteomyelitis, eye and wound infections, meningitis and sepsis. Serratia shows a high incidence in immunocompromised patients and also in neonatal intensive care units. The analysis of pathogenic mechanisms of opportunistic bacteria such as Serratia, with high impact in under-developed and developing countries, has given priority to the understanding of antibiotic multiple resistances. This information is valuable to adopt strategies to fight infectionsin the short term. However, for most opportunistic bacteria, the analysis of virulence mechanisms and factors involved in the long term pathogen-host interaction (colonization, invasion and dissemination) has been relegated. This knowledge constitutes the basis for the development of alternative therapeutic targets.

Our laboratory has demonstrated that Serratiamarcescens has the capacity not only to promote its internalization in non-phagocytic cells but also to survive and proliferate intracellularly. We showed that the Serratia-containing vacuole deploys a traffic pathway that diverges from the canonical route, avoiding the physiological mechanisms that promote bacterial elimination. After intracellular proliferation, the expression of a bacterial effector allows Serratia to egress from the invaded cell by a non-lytic process, granting its dissemination. In parallel, we have demonstrated that phenotypes such as swimming and swarming motility, adherence to host cells, the expression levels of the cytolysinsShlA and PhlA, and the ability to produce outer membrane vesicles depend on the activation status of the Rcs signal transduction system. These results revealed that the Rcs system is key for the proper temporal and spatial regulation of the Serratia pathogenic traits expression.

In sum, our group has elucidated a repertoire of adaptive regulatory mechanisms and specific effectors deployed by Serratia to survive, proliferate and disseminate outside and inside the host. Because all of these features, Serratiamarcescens constitutes an optimal model to further contribute to the understanding of bacteria-host interaction. 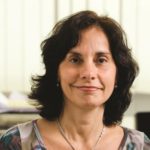