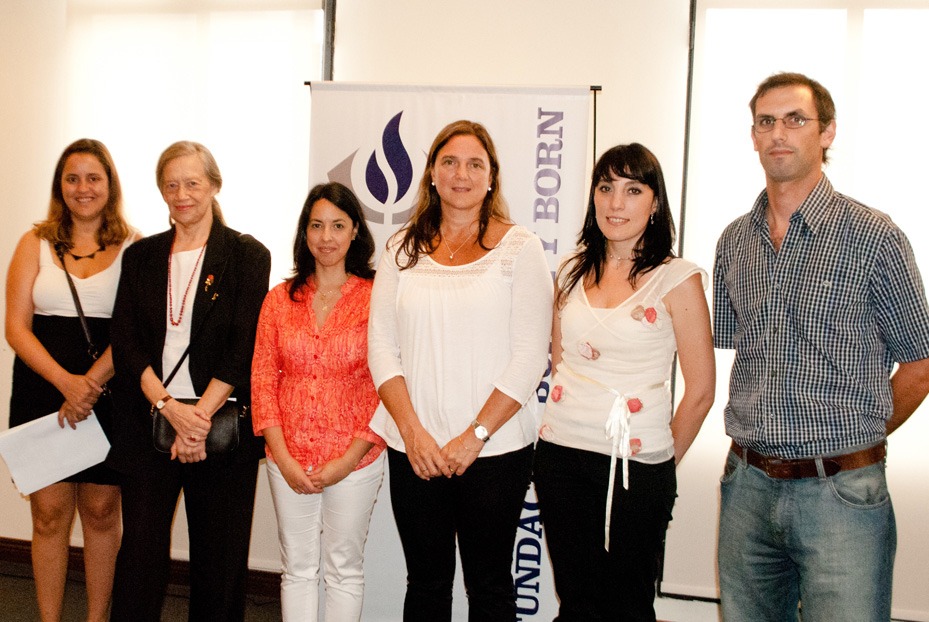 Investigators Pamela Cribb and Gabriela Gago of the Institute of Molecular and Cellular Biology of Rosario (IBR ) received grants from the Bunge y Born Foundation to fund its work.

In two contests aimed at the scientific community in Argentina , the Bunge y Born Foundation awarded grants to young researchers.

Research Grants for Chagas disease were instituted in 2004 in order to promote the realization of original projects and / or relevant for implementation in humans, applied in clinical and operational on Chagas disease research.
The jury, which was responsible for the selection task was composed of Dr. Juan José Cazzulo Hector Freilij , Stella Maris González Cappa , Susana Laucella , and Sergio Alejandro Sosa Schijmann Estani . In the 5th contest were 39 registered and 10 grants, among which is the one received by Dr. Cribb were granted .

The Dr. Cribb PhD in Biological Sciences in the Faculty of Biochemical and Pharmaceutical Sciences at UNR and creditor $ 70,000 was allocated to fund his work entitled ” Study of High Mobility Group B protein of Trypanosoma cruzi .”

Grants for research on infectious diseases were established in 2008 and are intended to advance the knowledge of infectious disease occurrence in Argentina , with special emphasis on parasitic and vector-borne , promoting and stimulating the creation of original projects and / or relevant in basic, clinical and / or epidemiological investigation, with attention to transfer to humans and they become prevention, diagnosis and / or treatment of these conditions .
The jury, which was responsible for the selection task was composed of Dr. Sergio Angel, Andrea Gamarnik , Diana Masih , Gerardo Mirkin , Mara Rosenzvit Nicolas Weissenbacher Schweigmann and Mercedes . At 3rd contest 68 projects , of which 6 were funded presented ; one received by Dr. Gago .

The Dr. Gago is PhD from the Faculty of Biochemical and Pharmaceutical Sciences at UNR and funded project is called : “New approaches to combat tuberculosis .” In this case, the total amount of money awarded by the Foundation to Dr. Gago ($ 160,000) will be used for conditioning the first laboratory suitable for work with pathogens within the new building IBR province.