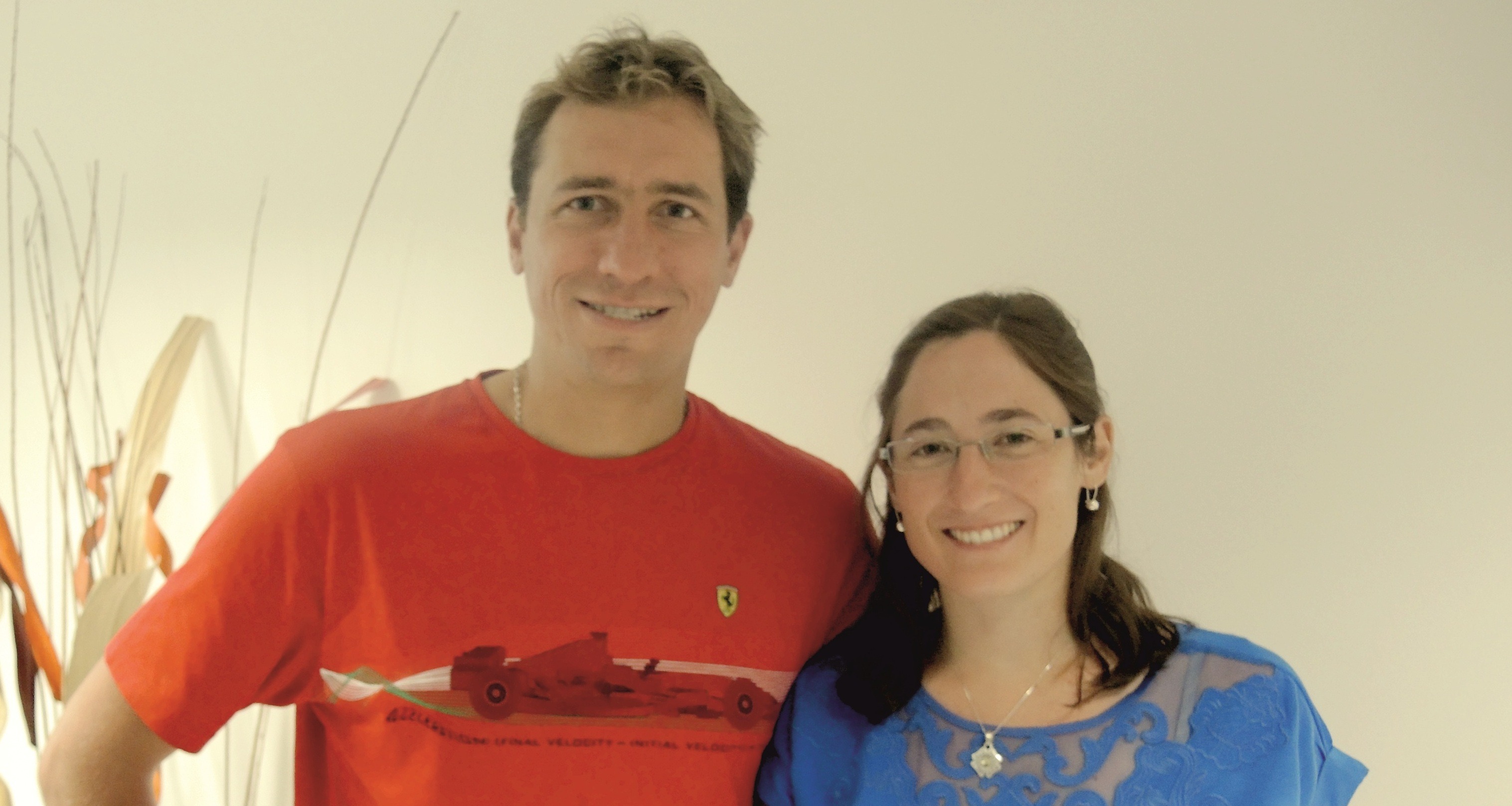 Lucas Pontel doctorate in the IBR in 2010 under the direction of Fernando Soncini for 2 years and is based in Cambridge , England doing postdoctoral studies . These days , visited the country and gave a seminar at the IBR on their current research topic.

In 2012 he won a scholarship at the prestigious Laboratory of Molecular Biology , which is credited with ten Nobel Prizes for their key findings from the Watson and Crick mythical that revealed the structure of DNA , to the Argentine César Milstein for his work on monoclonal antibodies .

The Institute is multidisciplinary and is supported by 4 divisions Acids and Proteins , Structural Biology, Cell Biology and Neurobiology , more than 400 people currently do science in this international scientific center .

” Working in a model of hereditary diseases in mice , it was a great challenge , a new study system and unknown to me and at first was a little frustrating , until I learned the techniques ,” says Lucas .

It is currently doomed to genetic study in an animal model , with emphasis on anemia disease Fanconi , FA patients suffer serious hematological problems , 20% of these patients have leukemia and in general show a greater predisposition to develop some kind of cancer than the general population . ” Much has been done in recent years , is a very rare disease, one of every 300,000 people have this problem and in some parts of the world is greater ,” says the young researcher.

“From the molecular point of view , the Fanconi anemia occurs in individuals with inherited mutations in any of the genes encoding the DNA repair system known as Fanconi Anemia . This protects the genome and , for example , when cells of these patients are treated with compounds that damage DNA lesions can not be repaired and chromosomal aberrations are observed . Indeed , the presence of breaks in the chromosomes is one of the main methods of diagnosis of this hereditary disease, ” he explains.

He adds , “one of the objectives of the laboratory is to understand the mechanisms of action , and identify compounds derived from cellular metabolism that continually damage DNA , for which the repair system Fanconi Anemia is required. From the technological point of view we work primarily with animal genetics and use a variety of complementary approaches such as cell culture and biochemistry . ”

Overall funding received by the Laboratory comes from the Medical Research Council , the government of England, and also have contributions from nonprofit organizations . In his working group 10 people and is based in England chief for 30 years .