Discovery of a new treatment for fertilization 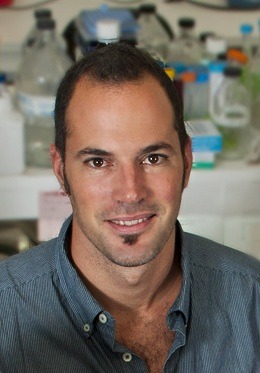 The finding is key to understanding the molecular mechanisms that are developed for a sperm to fertilize an egg.

Darío Krapf , assistant researcher of CONICET , belongs to the Institute of Molecular and Cellular Biology of Rosario (IBR) , is one of the authors of the work and explains , “by simply increasing intracellular calcium for a short period of time , sperm can develop vigorous mobility similar to that needed to impregnate , avoiding genetic defects that would make an infertile sperm.”

Although the experiment was conducted using mice , in human spermatozoa this treatment could significantly lower the cost and complexity of current techniques of assisted reproduction.

The sperm is a highly specialized cell that has a unique mission in his short life: to deliver genetic material to the egg. This task , which at first impression seems simple , far from it . As proof of this, there are millions of sperm, but only one is the lucky winner.

A freshly ejaculated sperm lacks the ability to fertilize the egg. This ability, called “sperm capacitation” is after spending a period of time ranging from one to eight hours (depending on the mammalian species) in the female reproductive tract acquired.

The changes that occur in the sperm during this period occur sequentially , step by step , in analogy with a ladder, where the highest point represents the state ” trained ” sperm . The interesting thing about this treatment is that makes these sperm reach the top of the stairs without having to go step by step .

One advantage is that it helps a sperm , which for some reason has stopped giving any of these fundamental steps to acquire the ability to fertilize . This sperm , until now considered infertile, becomes with fertilizing capacity after this treatment , which enables the use of assisted reproductive techniques for low complexity and cost.

Assisted reproduction techniques are also used in economic species to reproduce both cows and horses of high genetic value that can not be reproduced by other natural techniques. However, current methods used mainly assisted insemination , which involves placing the sperm in the female reproductive tract .

The development of processes using this recently published treatment may be critical to the economy of farmers , enabling simple techniques that give high reproductive performance at low cost.

The study published in the journal PNAS , the National Academy of Sciences USA , was a collaboration with researchers from the Universities of Massachusetts, Hawaii, Mexico and Japan.

More information of the research group